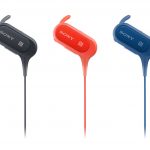 Sony unveiled the MDR-XB80BS and MDR-XB50BS sports wireless extra bass in-ear headphones for people who want to enjoy music during their workout sessions, jogging or for that matter any sports activity. The headphones feature extra bass. One can connect the headphones to the music player, smartphone via Bluetooth or NFC. The headphones also feature built-in […] 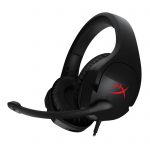 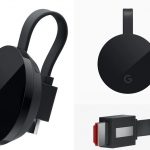 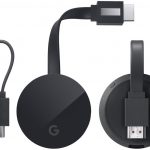 Just ahead of the Google October 4 event where the company is planning to launch Pixel phones and other hardware, Venture Beat has got their hands on an image of what is to be believed as Chromecast Ultra. This new streaming device is expected to cost almost double the price of the current Google Chromecast. […] 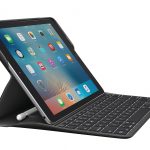 CREATE from Logitech is the new backlit keyboard for iPad Pro 9.7 that uses the Smart Connector of iPad. The CREATE Keyboard Case is a toolkit that gives you everything you need to make the most of your iPad Pro; a protective case, backlit keyboard, and integrated holder for the Apple pencil all in one […] 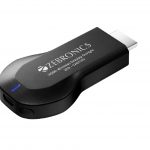 Struggling with a normal LED/LCD television and want to make it smart. You now have one more option in terms of making it smart and playing videos from the internet to the TV. The Zebronics ZEB-Cast100 can transform any HDMI TV or Monitor in to wireless display. You can use your mobile phone to stream […] 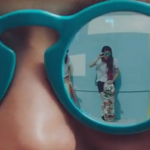 Enough of experiencing VR on mobile phones. It’s time now to record videos using Spectacles from Snapchat, its new innovation. Snapchat says that they have been working on this project for few years now. Spectacles are sunglasses with an integrated video camera that shoots videos so that you can relive your memories later. The Spectacles […] 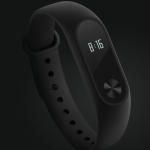 Xiaomi, at the launch of Mi Air Purifier 2 also announced the availability of the Mi Band 2 in India for Rs.1999. The Mi Band 2 features an 0.42-inch OLED display, touch button and improved pedometer algorithm. You can now glance at the step counts, time and heart rate on the display. The device also […] 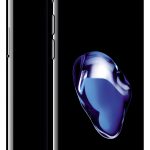 It’s less than a month for Apple to launch iPhone 7 and iPhone 7 Plus in India, however, a passenger, a resident from Delhi tried to smuggle some of these devices to India from Hong Kong. He was caught at IGI airport by the custom officials after he landed around 4.30PM by a Jet Airways […] 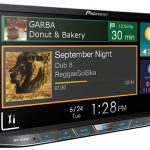 Pioneer India Electronics launched the AVH-X8890BT car stereo that supports Android Auto and Apple CarPlay. This touch-screen car stereo features 6.95-inch WVGA display and full detachable panel. With the use of Google talk in Android Auto and Siri in Apple Car Play, users can use the speech recognition technology to control the music. This is […]