Here it is, finally. Steve Jobs has unveiled the next iteration of the iPad and I must say, it is quite an upgrade. Apple has not only managed to revamp the design and reduce the thickness of the tablet but packed in some serious hardware for processing and gaming.

The 8.8mm thick iPad 2 features an all new dual-core A5 processor that promises up to 2 times faster processing and 9 times improved graphics with power consumption as low as the A4 CPU, dual cameras – front (VGA) and back (supports 720p HD video recording), FaceTime support, built-in gyroscope, HDMI mirror, the same 10 hour battery life and will work with both AT&T and Verizon.

The iPad 2 will come in Black and White and will be available in US from March 11 whereas 26 more countries will get the device from March 25.

Apple also rolled out couple of accessories to accompany the iPad. First up is the HDMI-out support via a dock cable. The accessory will go for $39 and support 1080p and all apps. Next accessory is an interesting one because it’s is a protection for the display rather than a compete case. Dubbed as Smart Cover, it works with magnets and clings onto the screen as soon as you place it and with the help micro-fibers, the cover wipes the screen every time you put it. The cover also lights up the iPad display once it is removed. Polyurethane cover will sell for $39 whereas leather one will cost $69.

The 2018 God of War is a visual masterpiece. However, PS4 players had to choose between performance which was set at 1080p@60fps or visual mode at 4K but at 30fps. PS5 players won’t have to resort to such a thing. The free patch released now allows the game to be enjoyed at 4K@60fps on the […]

Asus’ second edition of its e-sports tournament, ROG Showdown kicks off this week. The registrations are underway for an almost two-month-long tournament where teams can compete against each other in Counter-Strike: Global Offensive (CS: GO), PUBG PC, Valorant, League of Legends (LOL), and Valorant League. Asus is currently accepting registrations for CS: GO teams but […]

Yamaha Music has added two new AV receivers to its lineup for the Indian market. The RX-V4A and RX-V6A are said to be built on the “foundation of performance and power” with its support for the latest technologies and features. For instance, the RX-V4A comes with four inputs and RX-V6A boasts seven, out of which […]

Hemoglobin is a protein found in red blood cells and is responsible for carrying oxygen and carbon dioxide throughout the body and according to WHO, around 1.6 billion suffer from it. Now Bosch has developed a nifty gadget that tells if one has a hemoglobin deficiency in mere seconds. The Hemoglobin Monitor Solution (HMS) brings […] 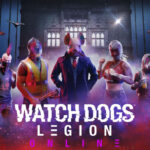