You are here: Home / Old Blog / Carl, Sex and Investigation 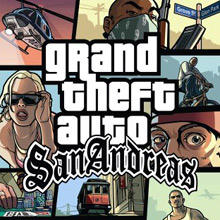 In the past few days I have been reading on many websites & newspapers with Rockstar Games getting accused of having sex scenes in the latest sequel of GTA series. The rating which had been given to GTA San Andreas by ESRB was 17+ or Mature because of violent and abusive nature of the game. But after the ‘Hot Coffee’ Mod applied in your game, you can have sex scenes unlocked in the game. The Modders say that the scenes were already in the game and they have only unlocked it. On the other hand, Rockstar has totally denied the allegations.

I have played the game and completed it. Mind you the game and the storyline is outstanding. And for the fact that our young gamers could get affected due to this sexually explicit content, think again? No one in the world is a saint and especially those who play GTA or play action games. Why the fuss is all about this now?

A very popular game developed jointly by EA and Maxis was The Sims series. It was an instant hit like the GTA. The Modders had also realeased a patch which made the game characters nude. Then didnt this game showed sexually explicit content. Believe it or not, this controversy has proved a boon for Rockstar Games which has helped immensely increase the sales of San Andreas.

The modders mod the game to make it interesting or something new to play rather than the repititive gameplay of a particluar game.