You are here: Home / Old Blog / I am sure you want to own this one 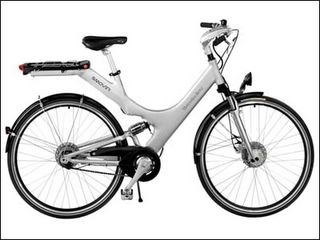 Mercedes Benz cars have graced Indian roads for decades. Now, their bicycles will be here. As part of the company’s strategy to capitalise on its brand, it has launched the MB range of bicycles across Mumbai and other parts of the country.

In Mumbai, the company is planning to launch the bicycle range through Auto Hangar, a Mercedes dealer in Mumbai.

The cycles are made from aluminium brass and operates on 27 gears. While Automatic Bike is priced at Rs 156,746, the Mountain Bike and Fitness Bike are priced at Rs 112,655 and Rs 74,958 respectively.

The company has plans to launch bikes through its 29 service stations, including 14 dealers, across the country.

“We will be happy to sell 25 bikes in the first year of launch. As always, Mumbai is expected to be the largest market. Worldwide after its launch in 2005, the company sold about 300 bikes, mostly in Germany and Singapore,” said Reuss.