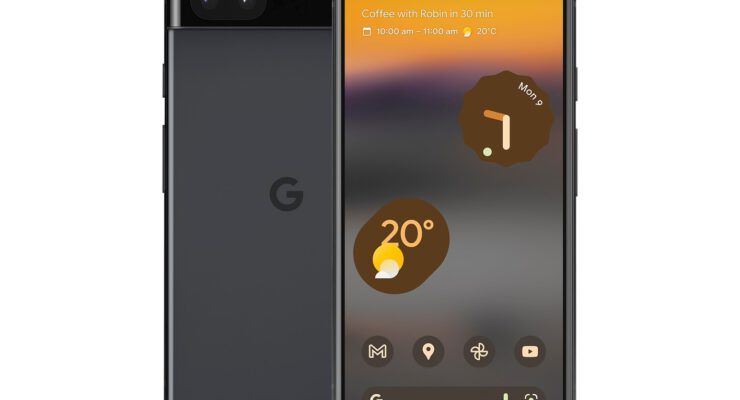 Google Pixel 6a now available to pre-book in India

The world’s biggest security software maker, Symantec identified a malicious program for Sony’s PSP. It is a Trojan and the first found in gaming devices. Symantec said that it won’t affect average users. The file is named as EXPLOIT 2G PSP Team V1.RAR which allows users to run their own code on their PSP, but […]

AMD 64 Opteron AMD published an advertisement today in leading newspapers and challenged its rival, Intel. The advertisement is as follows: We Challenge Intel to Dual-Core Duel In April 2005, AMD introduced the world’s first x86 dual-core server microprocessor. Since then, we’ve on every major industry-standard benchmark for x86 servers. Now Intel says they’re a […]

Nokia has announced the shipments of its N-series phone, N70. N70 is a smartphone based on series 60 platform. N70 is equipped with a 2MP Camera with 20X digital zoom, integrated flash, red eye reduction effect and the set of preinstalled shooting modes. It has an internal memory of 30MB but can be expanded with […]

Nokia 3250   Nokia, the leading handset maker in the world has announced the launch of a new kind of phone, Nokia 3250. Its a twisting phone. Twist it to capture anything, twist it hear music or twist it again to change it to a normal smartphone. Its launched is planned in the first quarter […]

Yes, you read it right. But its just a game with something real. The Bombay Stock Exchange (BSE) and National Stock Exchange (NSE) are soaring everyday. With the real concept of trading, Moneycontrol and Awaaz has brought Moneybhai.com which is a simulated game. There are 100 NSE shares in the game and prices are affected […]

With blogs becoming an increasingly popular vehicle for sharing opinions and information, a Paris-based media watchdog has released an ABC guide of tips for bloggers to sneak past Internet censors in countries from China to Iran. Reporters Without Borders Handbook for Blogger and Cyber-Dissidents is allegedly partly financed by the French government and includes technical […]

Nokia 6630 Music Edition Nokia has announced a limited music edition for its model 6630. The limited version includes an updated version of music player with easier control of the music. Its a 3G smartphone with a 256 MB memory card to store music from 15 CDs. As a matter of fact the device supports […]

Gizmondo Gizmondo Ltd. has confirmed of its launch of the widescreen model of Gizmondo. If you still don’t know what Gizmondo is, its a handheld console player. This is the best year for handheld gamers as they will have many options. The highly acclaimed and hyped is Sony’s PSP, then Nintendo’s Game Boy Micro and […]

The Revolution Controller Nintendo famous for its innovations, had revealed a simple, one-handed controller. Nintendo’s controller was the most attracted in the Tokyo Game Show, a three-day event that opened on Friday. While Sony and Microsoft were trying to lure visitors with their new consoles. While most controllers require two hands and are studded with […]