Samsung has a tough time keeping things under wraps. This time it’s the Galaxy Tab 8.9 that was supposed to go official at an event tomorrow. Unfortunately, we don’t have a pic of the tablet yet but these leaked pictures reveal some of features expected in the new tablet. The 8.9-inch tablet will be […]

Motorola has announced its Wi-Fi-only Xoom tablet for its home market. Starting March 27, Xoom Wi-Fi will be available across United States through various retailers for a price of $599. Expectedly, Xoom Wi-Fi’s specs remain the same as the original Xoom sans the 3G capability. The 10.1-inch tablet is the first one to run […]

Samsung has notched up its marketing initiatives for the upcoming Galaxy Tab by releasing a new video on its Samsung Unpacked website. The video just like previous still image teasers bear the same numbers “78910,” which are said to signify different display sizes of Galaxy Tabs (7-inch, 8.9-inch and 10.1-inch) and offers few glimpse […]

Folks over at iFixit have done the inevitable by dissecting the all new iPad 2. You can see the guts of Apple’s latest tablet, which may not win on the repairability front but has a clean design on the inside as well. iPad is touted for its battery life and it is evident with […]

Samsung is the first company to share its views on the potential impact after the iPad 2 announcement. Samsung Mobile’s VP, Lee Don-joo confirmed that Samsung might look to price its latest Galaxy Tab offering cheaper than what they initially expected. Samsung was initially expecting to price the 10.1-inch Galaxy Tab higher than its […]

Here it is, finally. Steve Jobs has unveiled the next iteration of the iPad and I must say, it is quite an upgrade. Apple has not only managed to revamp the design and reduce the thickness of the tablet but packed in some serious hardware for processing and gaming. The 8.8mm thick iPad 2 […]

Another feather in the cap for Apple. In fact two. Steve Jobs who’s currently on stage at the iPad event confirmed that they’ve shipped 100m iPhones. iPad’s numbers although small in comparison to the iPhone are also impressive. Apple has managed to sell 15m iPads since the iPad’s launch in April.

RIM’s first tablet PC could be out as early as next month. Boy Genius Report who generally has a good track record for BlackBerry-related rumors claim that RIM is looking to launch the PlayBook on April 10. The site also says that the final retail firmware or Gold Master build is to be finalized […]

Samsung has confirmed to unveil a new tablet on March 22 during CTIA expo. The Korean giant is teasing us with a new pic on their Facebook page as well as Unpacked website that shows an image of a tablet but more importantly with the numbers “78910.” The numbers don’t reveal anything but splitting […] 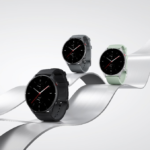 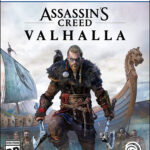 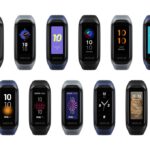 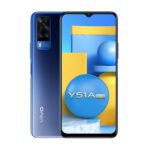