You are here: Home / Old Blog / Siemens EL71 on Orange 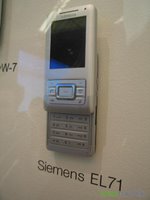 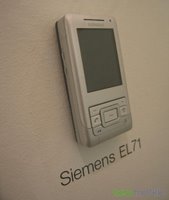 The unofficial news of BenQ-Siemens phone was that it was coming with a slider phone, the E71. The news were true and the phone was shown at the 3GSM. Unfortunately, it was not unveiled by Siemens but by the operator Orange and number was changed from E71 to EL71. It said Coming Soon.

So expect it to be available soon, maybe by CeBIT 2006 which is in March. EL71 will have Bluetooth, Camera, Audio Player and slot for expanding memory.