LG has expanded its laptop lineup with the new Xnote A540 Series of laptops in South Korea. The range comprises of three notebooks, one featuring an autostereoscopic glasses-free 3D display, second with a regular 3D display and the third model with a non-3D IPS panel.

The A540-H is powered by second-generation Core i7 processor and boasts a glasses-free autostereoscopic 3D display. With the help of a webcam, the laptop detects the eye position, viewing angle and the proximity to automatically adjust the 3D effects. Additionally it has an Nvidia GeForce GT555M GPU, SRS Premium Sound and more.

Next up is the A540T/D that comes with similar set of features as the A540-H but comes with a 3D display panel that supports 3D glasses.

Finally, it’s the A540-P with AH-IPS display panel. This model does not support 3D playback but comes with a full HD resolution display. 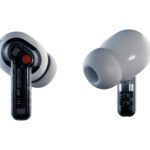