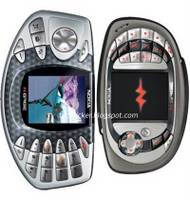 If you look through the specifications of both these handsets, you’ll think that its almost the same. But think again. TechTicker brings a comparison between Nokia’s N-Gage and its successor N-Gage QD.

Firstly, N-Gage is a tri-band phone which means is a world phone (can work anywhere in the world), whereas QD is a dual-band phone which works continents like Europe, Asia, Africa. Secondly though QD is smaller & also the elimination of sidetalking from N-Gage makes it look good. But it weighs more than its predecessor. Both comes with a TFT screen with 4096 colours. Personally I have a Samsung X100 which have 65,000 colours but N-gage’s 4096 colours are far more rich and real.

The next thing is that N-Gage came with a bundled Mp3 player and FM Radio. You can have a Mp3 player in QD but you have intall it from Nokia Service Centre’s or from local mobile shops. N-Gage’s Mp3 player is a stereo one compared to QD’s Mp3 player which has mono. And If you hear the same song of the same quality alongwith the headset on both N-Gage and QD you will know the difference.

Another big mistake Nokia made was that it removed the USB support for N-Gage QD. It means that you have to buy a data cable or transfer from any device which supports Bluetooth or buy a MMC card reader. On the other hand N-Gage comes with a bundled USB DKU-2 cable. Finally, I would recommend you buy the original N-Gage, if you find one coz Nokia has stopped the production of N-Gage which has resulted in Black Marketing of N-Gage in India.